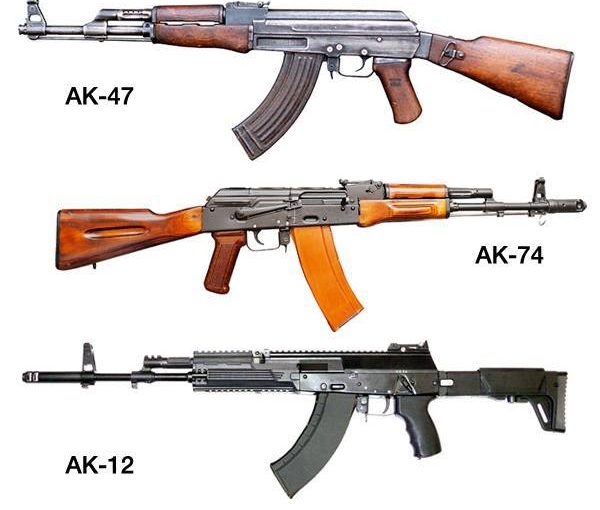 It can be a tough choice when you have to pick between an AK-47 and an AK-74. Though similar both in name and design, the Automatic Kalashnikov rifles do have significant differences between them. Many believe that the rifles are just the same since they do have a general reputation based on the tremendous success this weapon has had both in war and civilian hands.

Sadly there is that darker side to the rifle since it has been used by drug dealers and ruffians of all kinds as well. It is just so powerful and rugged that everyone wants to own one. Still, in this article, we’ll discuss in detail the general differences of the AK-47 and the AK-74. First of all:

The date of release

One of the most important differences between the AK-47 and the AK-74 is that the first was released in 1947 and the second in 1974. This significant difference between the dates means with certainty that the 1974 AK-74 is superior and more modern in design. The older AK-47 fires large cartridges and is considerably heavier.

The size of the Cartridge

The size of the cartridge itself is one of the main reasons why the AK-47 is that much heavier than the AK-74. A weapon that fires such larger rounds needs to be sturdier and bigger. It might be more powerful, but the more massive parts make it much harder to control. This means that your accuracy and aim will be reduced unless you are particularly strong and familiar with your AK-47.

The reason the AK-74 was designed goes back to the Vietnam War. The newly released M-16 rifle was so much lighter and more comfortable to control that the Soviets just had to come up with an answer. This is why Kalashnikov designed the AK-74. Even though the designer believed that the 7.26×39 cartridge was superior due to its power, Kalashnikov did use the much smaller 5.45×39 round for the AK-74. This allowed for a much lighter design, which was easier to control.

The recoil was that much lesser, that when one uses a muzzle brake, the recoil becomes almost nonexistent. The 5.45×39 rounds weren’t just smaller, but also quicker to fire. Add to that the superior aim and accuracy and the AK-74 make up in precision everything it lacks in power compared to the AK-47.

The flatter trajectory of the lighter cartridges made it also possible to mount scopes onto the AK-74, while almost nobody would think to do the same with an AK-47. People do compare the AK-74 with more modern sporting rifles, and often the US crowd seems unimpressed. This is why in the US the AK-47 is much more loved. This does not mean that owning a good AK-74 isn’t worth your time and money. On the contrary, it is an incredibly exciting weapon to use.

The modern answer to the dilemma

The new selector switch is located behind the receiver so that you can easily handle it with your thumb. There are three different sets to choose from: single fire, three-round burst and fully automatic. The switch can be used with both hands equally well.

The AK-12 is highly customizable, thanks to an integrated top rail and Picatinny rails for lower and side gadget additions. The AK-12 can take the old and powerful 7.26×39 cartridge, the quick 5.45×39 or even the NATO classic 5.56×45 cartridges. This means that all old AK-47 ammunition should work just fine on the AK-12. The initial testing of the AK-12 showed some minor defects which the manufacturer said would address quickly.

In the end, it is still a tough decision to pick the best among these rifles. If you can, you should probably own one of each, since each has its benefits and all are excellent weapons. If you care about how cheap your ammunition will be then the AK-74 is probably the rifle you should own first.