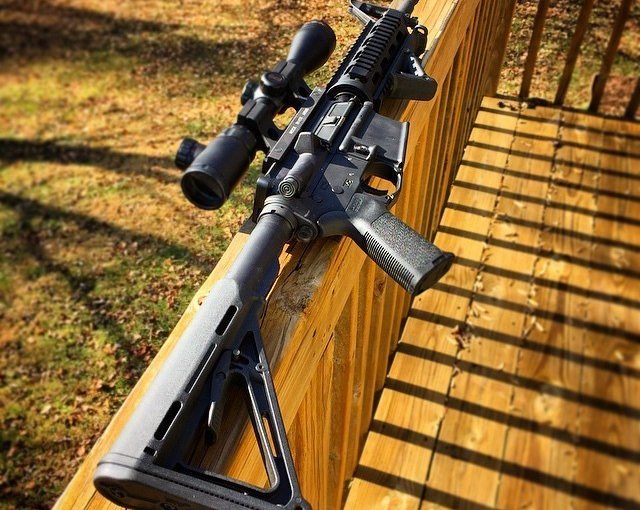 It all that seems like such a distant memory now, but two years ago Newtown, Connecticut, would witness a horrific scene as 20 year old Adam Lanza gunned down 20 students and six adults working at the Sandy Hook Elementary School with a military style rifle.

After the tragedy on the 14th of December, President Obama and the Congress began to reform and apply additional restrictions on firearms that housed a high-capacity magazine. Due to the new government reform, many individuals feared a fully fledged ban would soon follow. This induced panic into many gun enthusiasts. Reports were heard of local gun stores being cleared entirely of stock, which drove gun prices through the roof. For example a rifle could easily be priced up for nearly $2,000 alone.

Steve Denny, the owner of Carolina Guns & Gear, situated in Arden N.C. claimed that the large shift of military-style weapons was going to be present for a long time. This is due to their appearance and physical capabilities that seem very appealing to a new generation of enthusiasts.

According to Denny, believes that you can clearly see the popularity just in the industry alone. With many manufacturers soon directing their marketing and advertising towards military-style and tactical-style firearms. Many posters, or brochures are glorified with military themed glossy images, that has proven significantly popular.

Have guns become normalized within society?

Chris Cooper, a political science professor based at Western Carolina University claims that groups such as the NRA, along with the buying habits of American consumers, has virtually served to normalize military-style rifles into “something that to some individuals used to be shocking”.

According to Cooper this is one of the primary arguments pro-gun enthusiast groups often use. Undoubtedly there is no way to limit these sorts of guns or to essentially stop them at all. You would think that such an event as Sandy Hook would radically change the country’s gun policies and laws. But for what reason they haven’t; it goes to show how popular the gun market really is.

Gun control groups don’t seem to be giving up.

There are an abundance of individuals in America who see no purpose for guns, let alone assault rifles. With over 32 Americans fatally wounded by guns each day, and over 140 treated for injuries, it’s quite clear that gun violence still remains as a huge domestic problem.

Cynthia Drew, a resident of Asheville shares a similar view on domestic firearms, “No one needs an AR-15 for anything in this life apart from to randomly shoot at things or even other human beings. If you want your AR-15 just have it, take firearm ammo off the shelves. Then, they can only be used as a club”.

What do we know about the AR-15 platform?

The AR-15 platform best known as a .223-caliber rifle which houses a 30-round magazine. This particular style of rifle is popular as it’s extremely easy to use and to clean, along with its reliability. While many individuals believe that “AR” stands for “Assault Rifle,” the abbreviation actually refers to the firearms manufacturing company, Armalite Rifle.

Are the weapons truly to blame?

There are an abundance of individuals across the country who don’t believe the firearms are to blame for mass murders. Many believe that America needs to promptly address the mental health system before aiming to ban weapons.

Many of those don’t seem to see an evil inside a constructed piece of metal and plastic. Many individuals feel that the problem comes from within the society who of which are not addressing mental health issues either meaningfully or professionally.