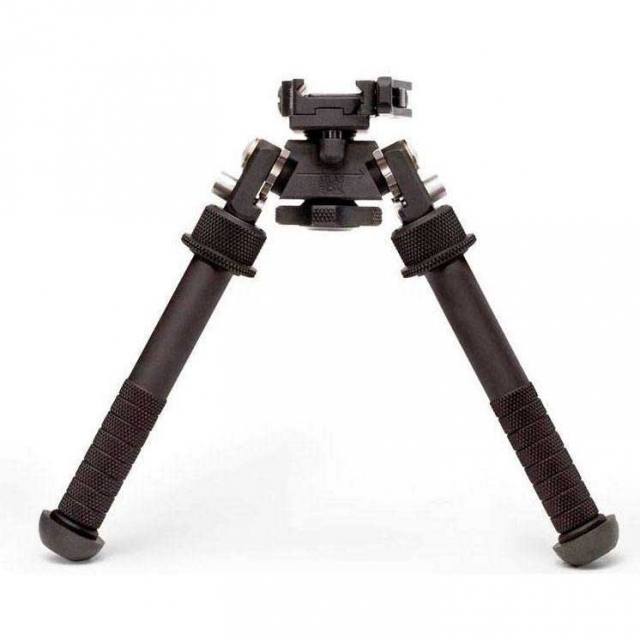 What a Rifle Bipod

I wanted a quality rifle bipod; I wanted to buy it once & be satisfied. Received in a padded bag, All seems good, with shipping & packaging. I purchased a Ruger Precision Enhanced, 6.5 Creed-more, I’ve not shot it yet. I want to get the bi-pod on & then break the barrel in. OK, the bi-pod is of very high quality, almost on the level of a piece of medical equipment. Legs tuck in high & tight. Very light, very well thought out, precise, piece of equipment. I read all these reviews and made my decision to purchase this bi-pod, taller model. I’m satisfied; I’m the only one I have to please. Good luck!

Once you buy it, you won’t regret it.

This Atlas bt46-lw17 is an excellent high-quality product! Unfortunately, it has the price of one too, but if you can afford to splurge a bit on it, I seriously doubt that anyone wouldn’t be pleased. I bought the 7 to 13″ as I mostly use it in the dirt, not on a bench. I had to put a Picatinny adapter on the rifle to use it, which also gave the bipod a bit of extra height. So I don’t have to go over 7″ that often, but when I do, the bipod is still sturdy when the legs are fully extended. A great thing about this bipod is you can detach it quickly and efficiently either put it in your pack if you know you have a long hike or put it on another weapon system. So you can use this bipod on several weapons without it being a pain to switch. Deploying the legs is nice and quiet, and it feels sturdy even when you preload it for the shot — overall fantastic product.

Stock is far better than I expected

I ranked this Atlas bt46-lw17 four stars due to the confusing misleading Features: 1. Toolless Optional 3″ leg extensions 2. Toolless Optional Ski, Cleat, and Spike feet I expected them to be included since they listed them as features and are not listed on the less expensive Atlas bipod models. I was wrong. I would still purchase this but a little disappointed.

The BEST Bipod Around

Like everyone else, I choked on the price, having used a Harris bipod for 20 plus years. I finally took the plunge with the Atlas bt46-lw17 PSR Tall model. OMG, what a difference!!! Why did I wait so long??? The bipod is excellent, the pan and cant are features you don’t get with the lesser bipods. The quality is top of the line; the bipod is OUTSTANDING. Be sure to buy it from a company like Midway, as some unreal ones are floating on a particular South American river by way of the Far East. I love it!

This is the 4th rifle bipod that I own, and I should’ve saved money by buying this one first. Best by a mile! I use the 5-9″ mainly for bench shooting. It’s reliable and highly adjustable. I like that you can place the legs at 45 degrees so you can get low. The quick-release is adjustable for the slight differences in rail sizes, and I use it on four different rifles. A+!!!

The Atlas bt46-lw17 is a Rock-solid bipod

I’ve used this on my 300 WM for a year now and love it. I’ve quit taking the adjustable bench rest to the range as I find I can do as well with the bi-pod and good rear bag. Glad I went with top quality bi-pod and only bought one that I can easily switch to other platforms.

This bi-pod works well and attaches with ease. The only issue for me was the price tag. If you aren’t willing to pay for the best, then a cheaper alternative would be recommended, but if you are out for the ultimate in bi-pods, this is it.

The Atlas bt46-lw17 is a Great product. Very rugged and well machined. Extremely easy to attach and remove. The weight of this precludes it from being used on small weapons. But there is no reason to put it on one anyway. Throw this on your M&P-10, and you won’t be disappointed.

After reading all the reviews, I decided to purchase this Atlas bt46-lw17 bipod. My first impression was, “hmmm… It seems kind of simple to warrant the price…” Five shots later.. “Wow, where have you been all my life.” This bipod makes such a huge difference being able to get on target and level. I went with the taller of the two, the 45-degree positions bring it down as low as I’ll ever need, and I like the available height with the longer legs. A perfect addition to my 110ba .300 win mag, easy to install with the Picatinny rail attachment from the same company. Unscrew the front armrest, and it drops in on the bottom rail. Some guys took off the bottom sling attachment drilled and mounted it that way to get it as far forward as possible. I prefer it a couple of inches back, it makes shooting from shorter benches easier, as the feet aren’t right on edge. I might even move it back a little more.

Excellent Product, Worth the Money

After careful research, I chose the Atlas bipod and found the taller model on clearance, so I went with that. For bench only, you would be OK with the shorter model, but this allows taller adjustment, and you can run 30th mags with it quickly. It is also effortless to shorten the height by placing the legs in the 45* forward position. The mounting and mounting adjustment was effortless, and dismounting is just as easy. I am a lefty, so I decided to swap the adjustment lever to the opposite side, and this was very easy to do. However, the threads are sealed with thread-locker, so a little challenge to loosen, and they need to be resealed if making the modification I did. The mount is small but stable and takes up very little rail space. The bipod is equally robust, with leg adjustments that lock into position, and the adjustable pan and tilt have tension on them at all times, thus creating a very stable shooting platform. I immediately saw tighter shot groups overshooting rest bags on my first range outing, and I am confident these will improve further with practice. The heavy-duty construction of this model should make it last a lifetime with minimal care. Only con is the cost of this American-made unit, but well worth it. I happened to catch this on sale at a significant discount but would buy again at full price after using one.

I installed this on my new Ruger Precision after reading reviews of other models. Watching all kinds of youtube videos on long-range shooting and about the Ruger model, I noticed this bipod was on a lot of those shooters rifles. So, after all of my research, I broke down and paid big money for it. Worth every penny. Well built, rugged, versatile, and user-friendly. Love it. I use it on the range as well as hunting. Does very good on uneven terrain while hunting on a ridge scoping those open areas for game.