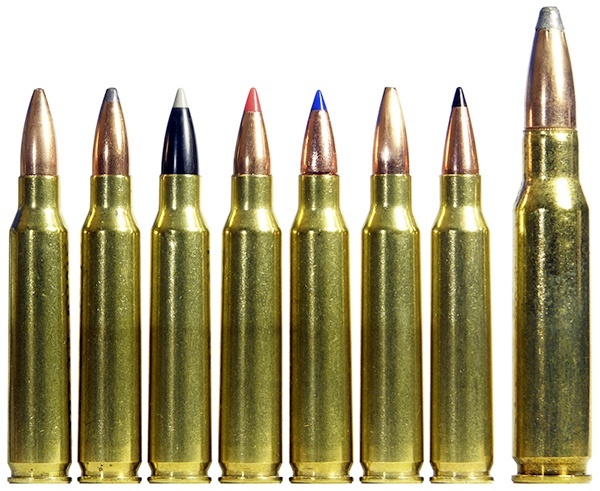 If you ask some people about the difference between AR-15 .223 and Mil-Spec 5.56 mm chambers, most of them won’t know the answer. Therefore, if you don’t know the main differences, you should make a quick research. In this way you will avoid purchasing a model and being sorry later because you weren’t well educated.

Before going on, you should know that there are three types of chambers in the M16/M4/AR-15/MSR riffles, even if the majority of people believe that there are only two. These types are the following:

The most common is definitely the .223 Remington chamber, being commonly called .223 Rem, or simply .223. Usually the AR-15s comes with chrome-lined chambers and barrels. However, in the specifications aren’t always mentioned both of them, and therefore, if you read that an AR has chrome-lined barrel, it is safe to assume that it will also have a chrome-lined chamber, even though it is not mentioned. You should also know that the .223 chambers are tighter, and even smaller than the 5.56 mm ones. Before buying you will also need to know about certain features and drawbacks that aren’t told by anyone else. For instance, even if you hear that you can shoot 5.56 through your .223 chambered Ar-15, the decision of trying it isn’t the best one, and you might end up regretting. There are many unfavorable things that might happen, such as blowing primers, experiencing more failures to eject the spent cases, and cracking the upper receiver. The last one is the less frequent, but also the most dangerous. Another reason they are not a perfect match is represented by the heavy bullets. This problem becomes more obvious when you try to eject them without firing. Therefore, the rifling my actually grab the heavy bullet at the moment you are trying to eject it. As it ejects, you can be left with a projectile in the barrel, and therefore you will actually need a cleaning rod in order to knock it out.

If there is anything you should know about the .223 Match chamber, is the fact it is not chrome lined. However, it is the preferred chambering for competitive shooters who compete at a national level.

On the other hand, Mil-Spec 5.56 mm chambers are always chrome lined, being slightly larger than the .223. This means that you will be able to use both .223 and 5.56 ammo. However, if you want to have a greater accuracy whenever you are shooting, you shouldn’t change the ammo type. Additionally, if you are trying to eject it, it won’t happen the same thing as in the case of .223 chamber.

Now that you know all this, you should know that if you want to purchase something, then you should definitely choose the 5.56 chambers.