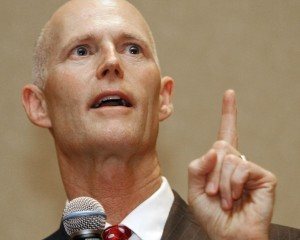 Of course, that’s not all the bill does. In the past, there has been a statutory minimum sentence for “imperfect self-defense,” a situation in which a person sincerely believes that he or she is being threatened, but that belief is unreasonable. Under the law, someone who wages “imperfect self-defense” is still guilty, because the self-defense defense doesn’t apply. HB89 waives the statutory minimum sentence, which could sometimes be as much as 20 years. So now, the court is free to sentence using the more usual sentencing considerations, as long as the court does not find that the attack took place in the course of the defendant committing another crime. Also, the court must find that the defendant does not pose a threat to public safety.

All of this came about, in part, because of the Marissa Alexander case. In that case, the jury was told, among other things, that self-defense “is a defense to the offense with which [Alexander] is charged if the injury to Rico Gray Sr. resulted from the justifiable use of deadly force.” Those instructions meant that the absence of injury meant no self-defense, so Alexander was convicted and given a sentence of 20 years in prison.

In Alexander’s case, the Florida Court of Appeal overturned the conviction and held that Florida law allowed self-defense as a defense even when there was no injury inflicted, but the statute helps clear that up to prevent another case like Alexander’s case from happening the way it did.