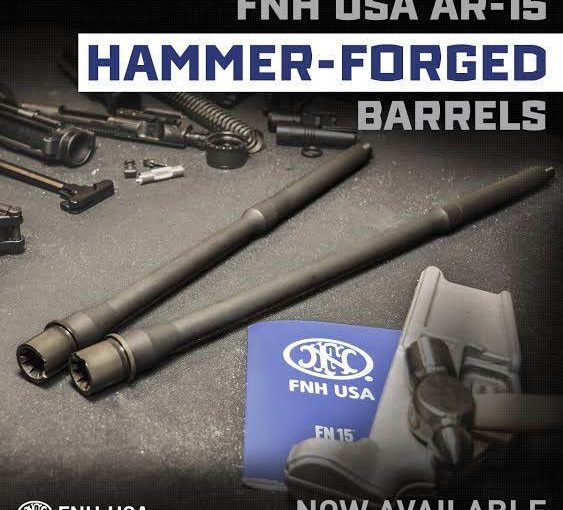 FN America is currently offering the AR-15 barrels in public. These barrels are created to meet the standards similar to the barrels created for the military, including the FN 15 AR pattern rifles. These days, there are several options when it comes to AR barrels. All you need to focus on is start with choosing a good source as there are some companies which may not be able to give you the quality that you deserve for a price that is just the same as the standard one.

FN has made it very convenient for builders as they provide them an assurance of a solid product. The barrels are the same as the ones in M4 and M16 rifles. They are perfect for people who depend on their guns most especially in emergency situations.

By introducing the Mil-Spec barrels out in the market, the company is providing people with a reliable option in maintaining and assembling their rifles. FN is now beginning to introduce five 5.56 NATO government profiled barrels with its 14.5 inches carbine lengths, as well as their 20 inch rifle lengths. They are built in with the use of the similar Chromalloy steel with FN’s military barrels with the use of the process for cold hammer forging, with the same chrome lined chambers and bores.

According to the company CEO, Mark Cherpes, FN barrels are unquestionably included among the very best all over the world. What do users get with their FN barrel? It is not just about the materials, as well as the build, but more importantly, the quality control involved. These barrels go through both manual and automated inspection. If the checkers see a single flaw, then the entire barrel is removed.

One of the most obvious changes in is with regard to the carbine length barrels. They do not have M4 cutout in grenade launchers as well as other AR-15 accessories. It has become a part of a bigger trend which is beginning to divert away from the regular M4 profile barrel, as well as a welcome omission which is often preferred by builders who focus on the clean lines of straight barrels. They also have M4 feed ramps.

These carbine length barrels are available at $349, while the rifle length ones are at $379. These prices are the suggested retail prices. Therefore, you can expect that street prices will most likely be less compared to that. With the configurations that go along with it, we can expect that they are not going to turn heads. This is because there are a whole lot of other options for these types of custom rifle builder. The thing is FN does not focus on that group. It also does not mean not having a mass appeal. What FN promises is great longevity and high-quality.