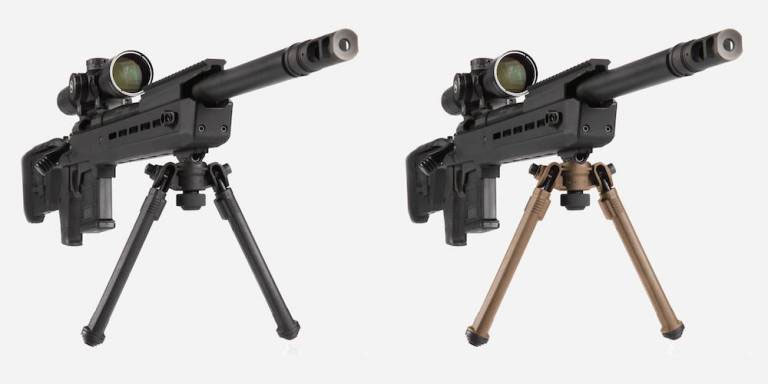 Texas-based Magpul took a stand on bipods this week by declaring that they’ve developed the most durable and versatile bipod for the money. Crafted from metal, mil-spec hard anodized 6061 T-6 aluminum, and the injection-molded polymer, the Magpul Bipod goes beyond a simple pair of chopsticks in concept and can be feature rich. A tool-less design, the spring tensioned legs stretch across a 4-inch variety, from 6.3- to 10.3 inches, while hill allows for 50 degrees of total inclination, which Magpul states no one else’s bipod currently does, along with 40 degrees of the pan. The bipod also features a cutting-edge capability to lock pan while maintaining the ability to tilt.

The rubber energy dome, feet are replaceable with a standard Atlas routine bipod feet. Best yet, they’ve versions to fit M Lok, 1913 Pic rails, and ARMS 17S mounts. By the specs, the bipod adds 11 ounces to the weight of a gun and, when folded, stows into a 2.3×, 3.3in. A profile which allows a stable rest due to the streamlines plastic skin. The cost? $109 with accessibility promised this summer in both black and FDE color variants. And just in case you missed it, then they also have a rifleman loop sling, that takes the best part of classic Rhodie bands and 1907 and combines the two, with a spin.