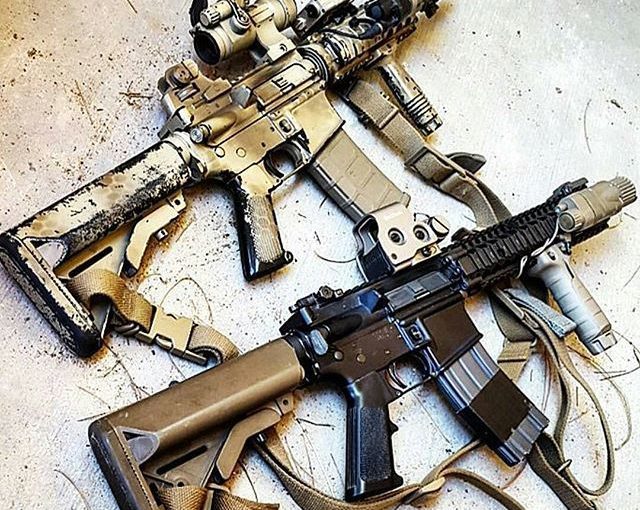 When it comes right down to the AR-15, there is the type of person who believes that the weapon is totally necessary and the other type who thinks it is completely unnecessary. So, to decide if it is the right weapon of choice for you will depend on the circumstances.

Everything has Gone to Hell

This scenario assumes that the world has changed dramatically. Perhaps it is due to war that has consumed the nation or an unexpected natural event such as a coronal mass ejection that changes the world dramatically. In a world like this, then having a trusty AR-15 and a few thousand rounds of .223 may be a good idea.

In the case of the world as we know it coming to an end, the AR-15 does have advantages although many semi-automatic rifles will probably work just as well, if not better in some circumstances. The advantages of the AR-15 start with how you were trained on rifles. For those who were in the military and trained on the M16, then the AR-15 might be the perfect semi-auto for your needs.
Of course, you’ll want to have plenty of other weapons around as well, including a solid hand gun, shotgun, and a .30-06 hunting rifle for large game and a .22 for small game. Still, the AR-15 offers a solid, tactical weapon that you can easily use for self-defense purposes. It’s lightweight, easy to maintain, and accurate.

Assuming that everything has gone to hell and the world has entered a type of “Mad Max” environment where there is still some structure, but little, if any real security. Then it is possible a government crackdown on weapons might eliminate the AR-15, although in the US that would take some doing considering the Heller case in 2009 reinforced the 2nd Amendment when it came to commonly-owned weapons.

However, if martial law is the rule of the land, then owning an AR-15 may not be such a great idea. Even though the AR-15 is a semi-automatic weapon, it does look like a military assault rifle and could be mistaken for one. This means that you could be looking at being behind bars for many years or worse, being considered a threat to national security for owning such a weapon. In this particular case, you would probably be better off owning a bow and arrow, crossbow, or even just a sling shot to avoid being seen as a threat. You might try to hide your AR-15 and not use it unless absolutely necessary.

This all changes if you live out in the rural areas where there is less of a chance for the law to intervene. On the one hand, you’ll be less likely to have the government cracking down on you in your compound out in the sticks, so owning an AR-15 and other weapons would be a good choice if you are going to subsist on hunting for your food supply.

However, being out in the sticks means that you are far more vulnerable to being attacked by others who want what you have. In this case, you had better set up a good compound complete with thick walls, barricades, and the like in order to stave off an attack. This is where an AR-15 can really shine in that you have a good, reliable, easy to use weapon to fight off those who are coming for what you have.

In the city, a good knife and sling shot would arguably be better for close-in fighting as well as the training to defend yourself in a hand-to-hand struggle. Here, you are in dire need of the skills necessary to stay alive as opposed to rural life where having a good rifle by your side can be crucial.

The bad news is that no one knows what the future holds, so being prepared is the only thing that matters. It will depend on the type of world you expect in the near future so if it matches the first scenario, then having an AR-15 by your side will be essential. However, if you think the world will head in another direction and guns like the AR-15 will be banned do not purchase one.
Consider however that you don’t know what scenario will occur or even if the world will ever go through a crisis like the ones mentioned above in your lifetime. However, in the end being a good prepper will mean having access to the best guns that will defend you, your family, and property. So, the AR-15 is generally speaking a good choice when you don’t know what will happen.
Assuming that the government will suddenly decide to take away your AR-15 in the future, you can always get rid of it before that happens and rely on other, approved weapons for self defense. In any case, you do not want your personal defense to rely on a single weapon, but instead on a layered defense that consists of solid walls, bars on windows, a guard dog, bows and arrows, sling shots, cross bow, and other weapons that will help keep you safe and secure.

You will also need to decide if the city or country is the best place to be for the defense of you and your family. Remember, being out in rural areas makes you more vulnerable to attack, but it also means better evasion from government authorities who have ruled against weapons like the AR-15.

The good news about the AR-15 is that it is well suited for a world that no longer follows the rules that we currently live under. It is compact, powerful, easy to use, and uses common .223 ammunition so that you can stock up for the long haul. Plus, if you should ever run out of ammo, the AR-15 can become your club to use for self defense. In any event, the AR-15 is a weapon that should be by your side if practical just in case the world that we know ceases to be.