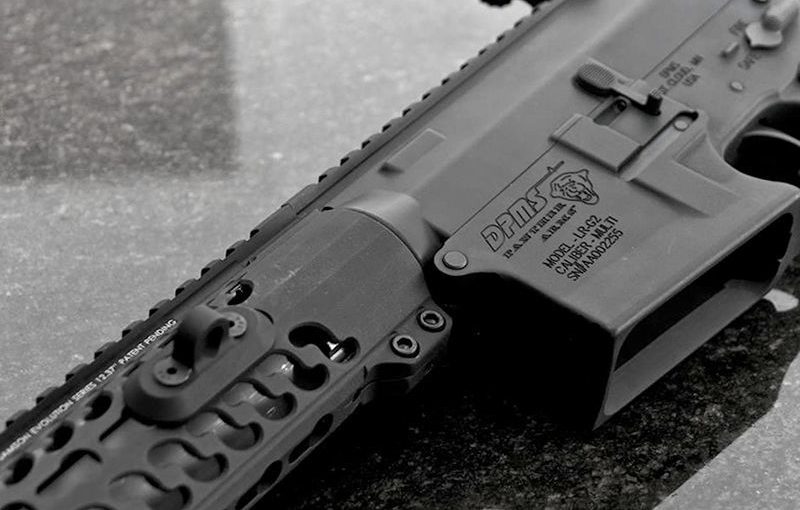 The Samson Evo Keymod has certainly become one of the more popular series of Evolution rails produced by this company. Given the overall production value in terms of material, weight and price, the Keymod is simply one of the best in the series produced so far.

The Keymod series offers free float rails for the AR-15 that represent the next generation for Samson company. While they all feature the classic elements from the Evolution series, there are keymods slots added to the three, six and nine o’ clock positions on the rails.

These particular rails also act as customizable AR-15 handguard as well. The rail can be connected to a standard barrel nut that includes a 2-piece thermal bushing which is made of stainless steel. In addition, there are two locking tabs which make sure that the rail undergoes no stress when it is rotating.

The main purpose of the thermal brushing along with the numerous slots in the rails for ventilation is to keep the heat from transferring directly to the handguard which in turn will start to warm the hands of the operator. This way, the handguards stay cool enough to operate comfortably even after multiple firings.

You can mount optics anywhere along the top rail of the Evo Keymod which will be located on top to the rifle itself. You can even place new iron sights as well along the same plane to ensure greater accuracy. In addition, this top rail can be used for the mounting of many aftermarket AR-15 accessories and piston conversion units as well. All the Keymod direct attachment accessories are compatible with the handguards from Samson which can be used on the rifle. In addition, the 1.56” interior diameter of the tube means that most types of suppressors will be able to fit underneath with no issue.

Installing the new Keymod handguards does not require any special tools or training as it can be done fairly easily when following directions. You will need a standard barrel nut to mount the handguard. Plus, you will need to remove the weld spring, delta and snap ring in order for the handguard to be installed. You do not have to remove the barrel from the upper receiver when installing the Evo rail system as well, which means that you don’t need a specialized tools or training. With some other types of rails, you have to use specialized tools such as a barrel nut wrench, receiver blocks or even the AR-15 multi-tool, not so when installing the Samson Evo Keymod.

Samson offers excellent customer service and will go that extra mile to ensure their customers are satisfied with the service they receive. It’s little wonder that Samson is one of the most popular companies in its field.