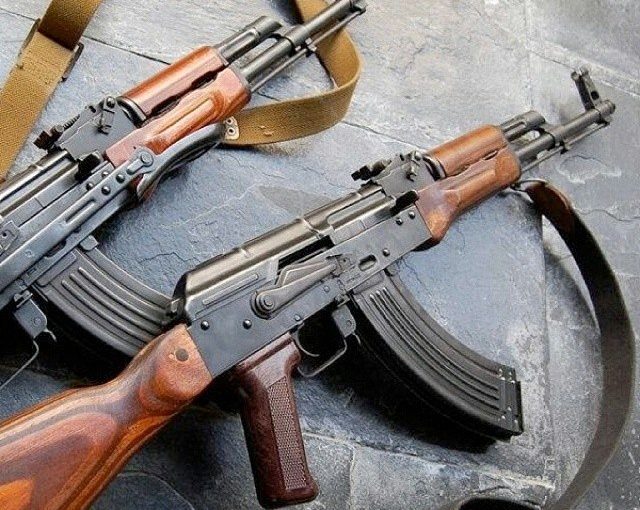 If you are an AK series enthusiast looking to add one of those fascinating rifles to your collection, it is wise to know a few points about this remarkable rifle before spending your hard earned dollars on one. The civilian semi-automatic version of the rifle, AK-47 has many trade names and the market is filled to the brim with variants that can be categorized from reasonably ok to exceptional.

Being one of the most dependable and durable rifles the world has ever laid its eyes on, it is no wonder that AK-47 and 74 have about a hundred million imitations and variants. Launched in 1947 and 1974 respectively, the AK-47 and 74 has been around for eternity with the automatic version available quite readily in the black market for anti-social elements to take advantage of.

Cartridge: The 7.62x39mm round is easily available for purchase and is a universal cartridge with exceptional stopping power. AK-74’s 5.45x39mm round was launched pretty much as a counter to the 5.56 NATO but is much less well known when compared to 7.62x39mm. It should also be noted that AKs also work with 5.56 NATO for those who prefer to use it.

Magazines: The AK-47 mag is made of steel and is a 30 round banana mag. The price tag has seen considerable increase over the years, yet there are used surplus and unissued condition mags at an economical price. Though increase in demand has resulted in polymer varieties being made right here in the US, the best quality ones are generally from Bulgaria, East Germany and Poland. These polymer mags are tough and rust-proof.

Receivers: There are essentially two receiver groups in AK series – Milled and Stamped. While milled AKs are expensive due to extensive machining, the stamped receivers are more economical. The Milled AKs however are not only great to look at but also come with a much smoother action. For a first time buyer, a 1mm stamped Romanian made receiver should more than suffice as it is also pocket-friendly. It is wise to ensure that the receiver accepts the standard, double-stack, high capacity magazine.

A look at the makers

If you are totally allured by pre-ban AKs, it is definitely possible to find great variants including Nornico, Maadi, Valmet, Polytech, Hungarian, Bulgarian or Yugoslavian but not before they burn a great big hole in your pocket. AKs are made in US from parts kits that are imported. A complete rifle is cut down to various tiny components and shipped across but post 2006 BAFTE restricted the import of original barrels. This has certainly not deterred the US manufacturers as companies like Arsenal have successfully made exceptional Bulgarian AKs in Vegas.

AKs are certainly available at an affordable price but it is necessary to remember that certain Romanian models, though highly operational might have improperly aligned front sight towers. Once that problem is sorted out, these rifles will most definitely serve their purpose.

What you need to know about Furniture

AK-47 furniture choices are many but the two most popular ones are Wood and Synthetic makes.

Wood: Soviet AKs were launched with wood furniture. If you are looking for a similar old time feel, there are a great number of types to choose from including laminated wood. Laminated woods are extremely durable and tough while the Soviet Block wood or US stock set are also equally good. Changing furniture in an AK is a relatively simple affair as most sets are pre-finished and quick to install.

Synthetic: Though the first synthetic furniture for AK was created by East Germany, the Bulgarians made a more durable all-back version. Now it is available in OD Green, plum, black and many more colors. You can also personalize it by using various camouflage stencils. AK with an extended US or NATO buttstock offers great flexibility for taller shooters.

Under and side folder buttstock options are available along with the classic fixed position. The side-folders come in triangular shape and can be retrofitted to a conventional buttstock but under-folders with their trunion design cannot be done so. There are also wire stocks available and if needed you can purchase an AK with an AR-15 collapsible buttstock.

Length of the Barrel

Though most AKs come with a 16.1 inch barrel, other shorter and longer variants are also available. Shorter ones are not available for private use without NFA clearance but a Krinkov with a 10 inch barrel with permanent suppressor-modifications is certainly legal. The total barrel and attachment length should surpass 16” to be legal.

Though there are Chinese and Soviet long barreled SVDs, they are probably for collectors and not for shooters as the costs are sky high. For first time buyers, the PSL / Romak IIIs are much more viable as they fall under the $1000 range along with optics. These are 2-3 MOA rifles.

Standards for US parts

AKs made from imported parts kits should comply with 922r guidelines according to which the number of imported parts (from a given list of 20, 16 are for AK) cannot exceed 10. The rifle you purchase should thus have at least 6 US made parts for stamped receiver version and 5 for the milled version.

The most popular AK finish is parkerized which is extremely durable. Certain US makers use a blend of Parkerizing and a high-tech top coat. The Chinese, Polish and Yugoslavian ones have a blued finish. The wood finish can be tung, linseed oil or polyurethane while the polymer ones do not require any finish.

All post ban (1994-2004) models come with bayonets with lugs ground off or with muzzle attachments that are removed or attached to barrels or even with a missing folding stock. Most of these were returned to re-assemble them to be brought up to the no-ban status.

The steel-cased ammos are inexpensive and readily available but shooters need to be wary of ranges that do not allow such ammo. Once you have made sure that the barrel is free of grease, make sure you are in possession of sight adjustment tools like the one from Keng’s Firearms Specialties to adjust front sight elevation and windage. For normal use, sight in at 100 yards or meters. The rear tangent sight has a “battle setting” to hit enemies on their shoulders or hips at 0-300 yards.

As with any other weapon, it is necessary to ensure that your AK is well lubricated before use to avoid or minimize feeding and extracting problems. In case it does not run the bolt carrier to the rear, it would only mean that there is a block in the gas orifice which in turn will need a thorough cleaning.

Though it might require some disassembly, AKs, especially when corrosive ammos are used, should be cleaned after every use. Hoppe’s No9 cleaner is perfect for such use. Oil it and assemble your rifle again. The process of assembly and disassembly is straightforward as most AKs come with instruction manuals and you always have the internet for the rest.

Though scopes can be added to an AK, it is necessary to take the help of pros. A standard AK-47 mount is on the left and ensures perfect zero and easy detachability. Picatinny rail hand guards can be used to replace front hand guards and an optic can be mounted with ease. The problem though is that the heat will be transmitted back to the scope and the rail. The Russian PSO-1 is a scope with an integral mount but might not exactly be the most accurate and also it operates differently with respect to windage and elevation.

Though one might be tempted to add up and coming accessories, it is vital to remember that it may increase the bulk and make the rifle much less comfortable to handle. AK is a highly durable and dependable rifle, especially when it is kept simple!