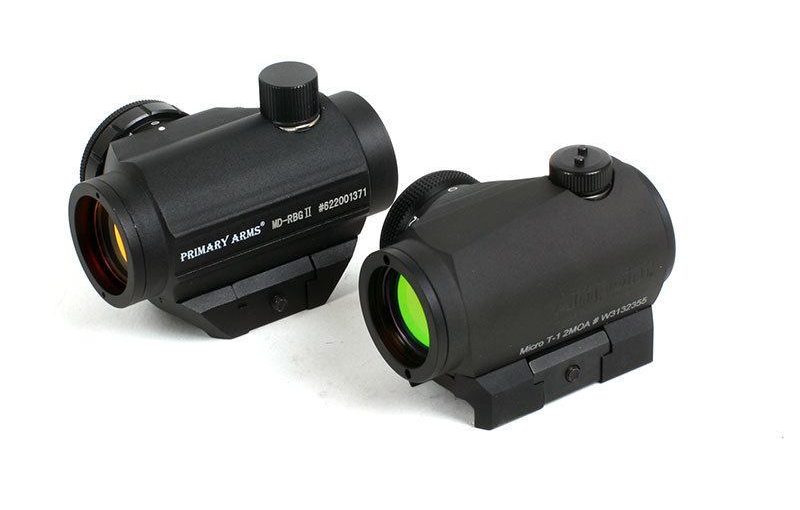 For those who have purchased an AK, a scope mount is probably one of the first accessories that you’ll purchase. However, finding the right one to buy can be a difficult choice since there are so many to choose from, but one that has stood out is the RS Regulate scope mount.

The RS Regulate is certainly one of the better scope mounts on the market today and offers plenty of advantages from the strong materials to the overall construction that makes it lock tightly to the weapon. However, it is arguably its modular nature that makes it so suitable for the AK rifle. So now this mount has to be tied into a proper scope.

The attributes of the Primary Arms MD-FBGII

The AKML platform which can handle both Primary Arms and Aimpoint optics will fit easily to the bottom half of the RS Regulate mount. The Aimpoint model is certainly very popular to the point where many people purchase it without really knowing if they actually need it. Used by the military for its M4s and certain light machine guns, the effectiveness of the Aimpoint models is very well known and respected.

The first significant difference between the Aimpoint and the Primary Arms is that the brightness dial sits on the side of the scope and not on top. This can be a convenience issue when trying to brighten the image while adjusting the dial from the top. Aimpoint tops Primary Arms with 12 brightness points instead of 11 and the Primary Arms version does allow for more intensity of the light. In addition, both models are waterproof as well.

For the H-1 Aimpoint version, the elevation and windage adjustments are done with the actual dial covers themselves. All you need to do is turn them over and use the keys to adjust the dials. Primary Arms has a nearly invisible arrow that makes such adjustments difficult while the Aimpoint versions offer a very clear arrow that tells you which direction to turn. Plus, the fact that the caps are used on the

Aimpoint models is actually very smart since they stay on the scope.

Each model uses the same CR-2032 battery, but the Aimpoint models manage to squeeze a remarkable 50,000 hours out of it as opposed to 10,000 from Primary Arms. In addition, the Aimpoint versions have the following advantages.

There is little doubt about the popular of the Aimpoint models. However, the Primary Arms version is substantially less expensive which makes it a more budget-friendly choice.

This is arguably because the geometry of sighting is different on the VEPR as opposed to the Seiga version in terms of the scope mount itself. However, such differences should not be surprising with the different specs that each of these mounts provides. In fact, each variant of the AK has different specs so designing a proper scope mount to fit all of them can be quite a challenge. This has led to some compromises that may or may not please those who want the best type of mount, but do not want to pay for a specialized version.

In testing, the Primary Arms version offered more vertical distance between the bottom rims of the optic as compared to the iron sights. This difference was not so significant when it came to performance, but it should be noted that compared with the Aimpoint that it was more elevated.

When it comes to which sight works the best, it is clear that the Aimpoint has a real advantage thanks to its military-grade optics. However, not everyone needs that kind of precision especially when it comes to the overall price.

However, if you want the best then you may find the Aimpoint to be more to your liking. So, the choice really comes down to how much you are willing to pay for a scope for your AK rifle.  In the end, both choices make sense for all the right reasons, so you cannot go wrong when you select between the Primary Arms and the Aimpoint versions.