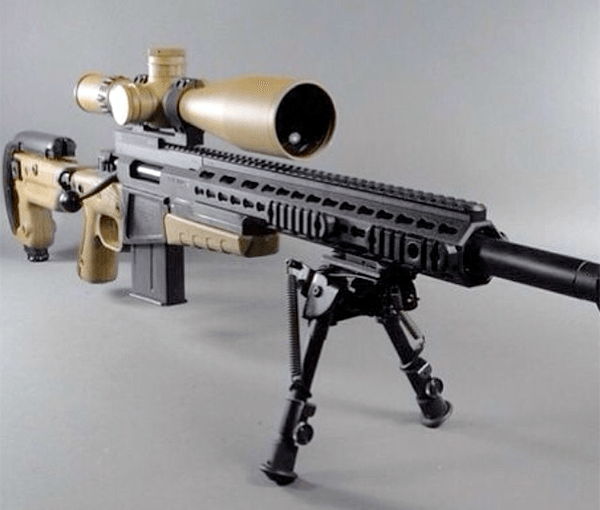 There are few things as seemingly simple as mounting a rifle scope on a firearm that involves so many hidden intricacies. When you consider the sheer number of different types of optics that can be mounted, it becomes understandable why books can be written about this subject. In addition, the number of ways that a scope can be mounted may seem rather daunting as well.

Before you start looking for a new scope, you’ll need to know a few things first.

Basically, once you understand how your rifle operates with a rifle scope in place, you’ll have a far better idea for what type of scope to get.

Basics of Mounting a Rifle Scope

In essence, the most common set up is putting a standard magnified rifle scope on a bolt action rifle. The scope itself is held to the rifle by a series of rings that encompass the weapon and are attached to the base. However, things do get rather complex because there are different variations to the components and how they affix the scope to the rifle.

Attaching the rings to the base generally requires screws or bolts with some rifles actually having a built-in base. Bases are specific to the firearm and so are the types of rings. The rings must have the same inner diameter of the scope tube. The rings clamp on the scope and are usually one inch in diameter, but they can be different sizes depending on the scope.

Height of the Scope Ring

Scope rings are made in low, medium and high heights which allow the scope to be set properly for the rifle and shooter. Ring height can be confusing for people new to firearms. Traditionally speaking, the scope should be mounted as low as possible without it touching the barrel. However, you need to keep in mind the ocular eyepiece and the bolt as well. There is no perfect height, but the standard ring height is generally where to start.

This system prevents the scope from moving during recoil and the system allows the rings to be detached and reattached to the base with the scope still in the rings. This allows the optics to be removed for maintenance or even a different optical system to be installed with little in the way of change.

There are ring heights to use according to Weaver, a well respected authority on just what type of rings should be used when setting a scope. While there are exceptions such as the M-4 and AR-15 rifles, these are the most common types of settings.

Cuts run lengthwise in the top of the receiver for most .22 Rimfire rifles and airguns. Plus, there are rifles with 3/8” bases attached to the receiver with screws like normal bases. Some rifles will use a grooved receiver are drilled for Weaver style bases. Here, a Weaver style base is recommended because there is simply more area for the rings to be secured.

Similar to Weaver rails, Picatinny is different because it uses a military standard and the width of the slots that are actually cut crossways into the base along with their spacing. Picatinny bases have wider slots than a Weaver and are standardized unlike the Weaver style. The recoil lugs are thicker and fit the corresponding wider slots of the Picatinny bases, however, Weaver rings will fit into Picatinny bases, but not vice versa.

This is the second most common type of scope mount. Similar to the Weaver in that there are many similar versions on the market, Redfield bases are sleeker and have plenty of strength. However, the rings are not detachable from the rail system like the Weaver. The top half of the rings must separate from the bottom half if you want to remove the scope. However, the front ring does have a dovetail which can allow the scope to pivot at that point. The rear ring does sit on the base secured by windage screws into the ring itself. You can loosen one screw and tighten the other to adjust the scope without having to make internal adjustments.

These are mounts that do not require gunsmithing, but instead are very easy to remove without having to modify the firearm. Generally speaking, older weapons and military surplus rifles are the best for this type of system that allows for easy mounting of scopes that are not prepared for scope mounts.

Similar to the Redfield style, but instead of using windage screws in the back ring, the ring can be turned like the front one. There is no windage adjustment in this system. However, it is very secure and well suited for rifles with a lot of recoil and handguns as well.

These are the main systems that are used for mounting a scope properly. Once you know what system will work best for your needs, then it becomes much easier to mount the scope properly and have it secured.

If you still need help mounting your scope, please contact us at Mounting Solutions Plus at 305-253-8393.