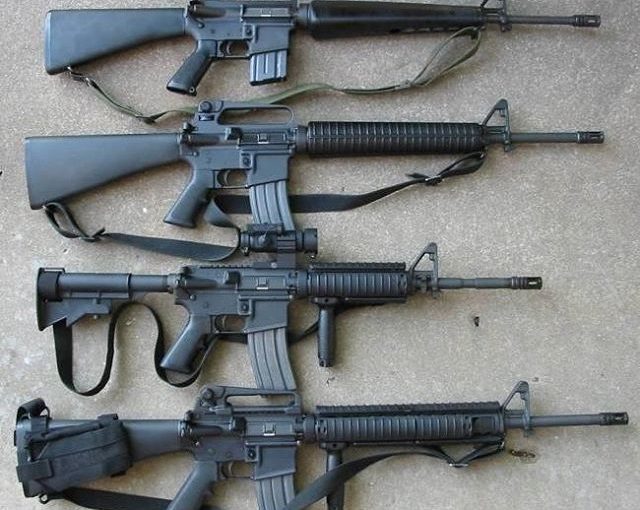 When it comes to firing an AK-47, M16A2, or other type of assault rifle, it will be a different experience than shooting a standard semi-automatic weapon. Here are a few steps to help you get the most out of your experience.

You will need to start by locating the operating rod, bolt handle, or similar device which shows you where to put the cartridge in the chamber and clear the weapon itself. Then, fill the magazine with cartridges and insert it into the magazine well until it locks properly in place. Now, you will need to make the weapon ready to fire by pulling back the operating rod or similar device. You will hear or feel the round enter from the magazine and releasing the handle or bolt should slam the round into the chamber.

Remember to have the safety on and do not touch the trigger until you are ready to fire the weapon. If you need to remove the round, simply pull back the operation rod and check the chamber to verify that it is clear. Ideally, you should have already fully checked out the area where you are going to fire in order to minimize any accidents from occurring. You should be at a shooting range, a quarry or depression where the bullets can enter the earth and not fly a great distance where they may strike someone.

Now that you are ready, you can release the safety so that the weapon can fire. Now you will need to get into the proper position so that your body, hands, and eyes are ready to aim. Remember to keep your finger off the trigger until you are actually aiming at the target. Your non-firing hand should be underneath the barrel holding the hand guard or front end for the most accurate shot possible. The butt of the stock should be between your chest muscle and the front ball in your shoulder.

Next, you’ll want to align your dominate eye with the front and back sight. Remember to keep both eyes open as closing one eye will distort your vision. The butt or stock of the weapon should be against your cheekbone with your dominant eye looking right down both sights. You’ll want to focus on the front sight in the six ‘o clock position and aligned with the target.

When you are ready, exhale slowly and squeeze the trigger until the weapon fires. By breathing out, you’ll maximize the accuracy of your shot. After firing, check the target and make the appropriate adjustment until you zero in on the bull’s eye.

When you are finished, clear the gun and plan for your next target or shooting method. Traditional assault rifles will fire continuously on one pull of the trigger. However, semi-automatics will only fire one shot at a time depending on the speed in which you pull the trigger. So, when firing in such a manner your aim will not be very accurate, so be very careful when shooting in a rapid-fire manner.

After you have finished, remove the magazine and empty the weapon. When it has cooled down you can clean it so that all the dirt and debris are gone.