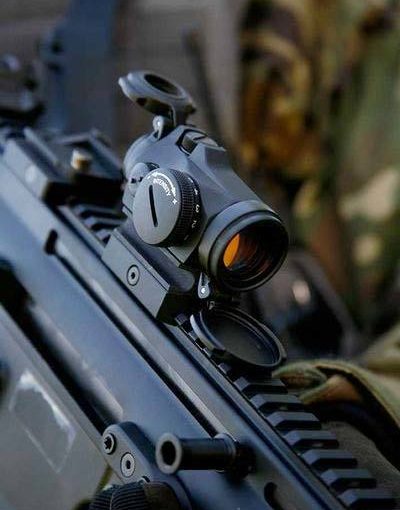 Aimpoint has announced its plans to release their next iteration of Micro T series in a few weeks time at The Biannual European Defense Exhibition, Eurosatory. This Aimpoint Micro T-2 is available for shipment from October 2014 and comes with the existing Micro T-1 product of the company. The new Micro T includes:

-A new front lens design with a reflective coating, which improves clarity

-The device has increased ruggedness for the sight’s internal features.

-It has an additional physical protection for the sight’s adjustment.

The Micro T-2 is compatible with other mounts that fit the Micro T-1, and this device can also be used with other generations of night vision gadgets. The Micro T-2 can work for up to five years with frequent use; it uses a CR-2032 battery, and it’s waterproof. The Micro T-2 is more likely to come with a 2 MOA optic. The question everyone is asking is, will it come with a larger dot? When 2 MOA T-1 was released, a lot of users were excited because of the features it offered such as pistol shooters and rifles. Many pistol shooters reported that the bigger 4 MOA dot on the MOA T-1 was faster to pick up.

When it comes to prices, there is no set price yet but many people are assuming it will be the same price with T-1 or a little bit more. Currently, many dealers are already having talks on discounting their T-1 stocks. Anyone in the military looking for a Micro T-1 should carry out enough research on the prices for Micro T-2.

On the pricing plan, Aimpoint reports that they will be keeping both the Micro T-1 and Micro T-2 in line. However, many dealers and distributors wish that the Aimpoint eases the frustration of holding stock of T-1 by providing a refund after the official release. The T-1 can also be offered at low existing T-1 specific manufacturing parts and distributors stocks are exhausted. The Micro T-2 series doesn’t have major competitors, so Aimpoint is an easy way to let dealers reduce the prices of the existing T-1s.

The release of T-2 series comes at a good time where people want more from T-1s. Regardless of your mission, the weight and size of your equipment is an important factor. The Aimpoint’s Micro T-2, provides an aiming system that offers the user high-quality performance. All in all, this is the right time for you to get hold on the new Micro T-2 at an affordable price. If you want to upgrade or dump your T-1, this is the right device for you.