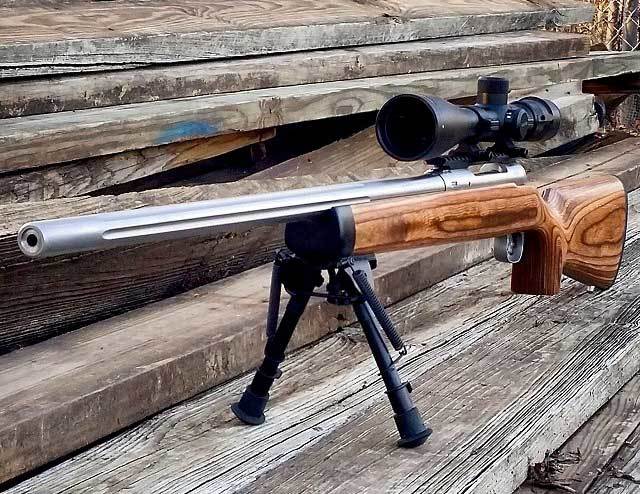 When it comes to bipods the professionals use, there are a number of choices for those who shoot in top competitions where the targets range up to 1,000 yards. Of the different bipods that were used, there was one that stood out for its overwhelming popularity.

Over 75% of professionals shooters use bipods created by Harris with the vast majority selecting the Harris S-BRM 6-9” Notched Bipod (HBRMS). The bipod itself has the shortest legs in the Harris line that extends from 6” to 9”. While it is referred to as their benchrest model, it is not really a bipod that works well from that position. It is generally better operated when lying in the prone position given the height.

The “M” in the title indicates that the bipod has notched legs which allow for a few pre-set reference points so that it makes the unit easier to adjust. The “S” refers to the fact that it can swivel so you can move the rifle from side-to-side without having to reposition the bipod. Plus, it makes it easy to level the rifle on uneven terrain.

There are a few professionals who use the medium height versions of the bipod that may extend up to 13”, but that may be a misnomer. Most pros will use the bipod at the 7” to 12” range which is often quite good for most shooters as it presents the ideal range for them.

This aftermarket product is a common addition to the Harris bipod as it allows the shooter to quickly adjust the tension to tilt the unit from side to side. This is in response to the fixed amount of tension that comes with the stock models. Some like the Harris Lever offer handles that are easy to install and simple to adjust the tension level before firing downrange.

The company LaRue also has created an improved version of the Harris bipod which many pros use in their competitions. It also adjusts the tension levels in the swivel so that the shooter can have maximum flexibility while competing.

Behind the Harris which is the overwhelming favorite is the Atlas bipod that is very different in construction. In fact, there are a great deal more features to the Atlas than the Harris, including how the legs can be stowed, the fact that it can be mounted on a picatinny rail, and the bipod can be loaded even with the legs in the straight-down position. This allows for a height adjustment ranging from 4.75” to 9” which is very versatile.

Since the Atlas bipod was only introduced a few years ago, it does not have all the accessories of the Harris which may be why it is not quite as popular. However, it is quite versatile and does offer shooters a wide range of options. Perhaps in time the Atlas will catch on and become more popular if more professionals start using this product.

There are other bipods out there that professional shooters use to a much lesser degree that include the Long-Range Accuracy, Accu-Tac, Versa-Pod bipods. However, it is the Harris that is truly the most popular.