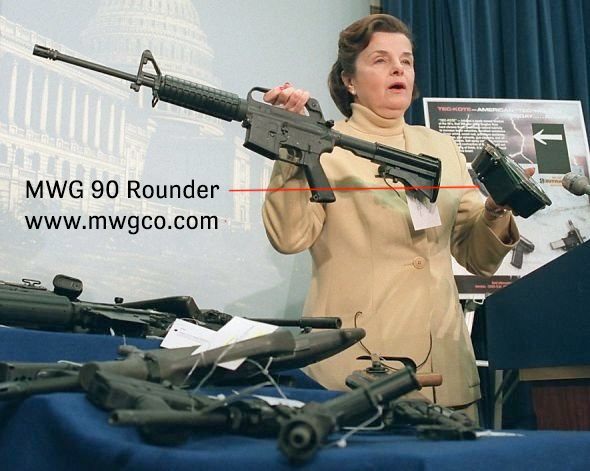 In yet another attack on our Second Amendment rights, U.S. Senator Barbara Boxer (D-CA) has introduced “The Pause for Safety Act.” According to Boxer, this act should help ensure that families “and others” can seek from a court of law a gun violence prevention order to temporarily strip a citizen of his or her rights to purchase a firearm.

If that doesn’t sound bad enough, the act would also allow a gun violence prevention warrant could be issued, which would allow law enforcement to take away an honest citizen’s firearms altogether. You heard me right…it would allow a court of law the authority to not only stop someone from purchasing a firearm, but also take away any firearms that person already owned.

As a final slap in the face to Second Amendment rights, the act could be used to set up a national gun registry. Sounds like a good way for this anti-Second Amendment government to put a target on the head of anybody who owns a gun, putting them under a microscope for any misstep.

This Act is severely misguided, for a number of reasons. Let’s ignore the common reason, the one about taking guns away from law-abiding citizens so only criminals have guns. Let’s look instead at the rationale for the act.

Boxer says it is horrible that “the family of the gunman who committed this massacre in Isla Vista was desperate to stop a tragedy, and yet they lacked the tools to do so.” As a matter of fact, the family did have the tools to stop it, but the Act would not have actually done any good.

The family did contact law enforcement, but law enforcement officers saw no danger. If law enforcement did not foresee any danger from this deranged young man, then why would anybody expect a court to see a danger? The truth is, nobody saw this coming, at least not in time that any measure short of locking the young man up would have stopped it.

The second mistake here is that more than half of the victims involved were not even shot. Of the six people the young man supposedly killed, the first three were stabbed to death. The alleged murderer used his BMW to maim 13 other people. Why is there no provision in this Act to take away pointed or slashing weapons, or motor vehicles?

The reason why is because this is a case of the Left using a tragedy as an excuse to further their political aims. They want to strip the people of their guns, and any port in a storm. Every time a tragedy like this occurs, the same battle cry arises—“Take away the guns!”

The problem is you can’t. Criminals and would-be criminals will always have some way of getting their hands on a weapon. Gun control does not truly affect violent crime, it just changes the nature of the crime.

But, I digress. Here’s some more food for thought: the Act would allow family members “or close associates” to obtain the emergency restraining order and then seek law enforcement confiscation. The possibilities for abuse of this act are absolutely stunning.

Under this act, an abusive spouse worried about his victim finally retaliating could possibly claim his victim was unstable, and likely to hurt someone, in an effort to eliminate their tools of self-defense.

Under this act, a disgruntled neighbor could pay you back for not trimming that tree overhanging his fence by having law enforcement take away your home defense tools.

Then again, would the act really do anything at all? The California murderer’s interview and videos were not enough for law enforcement to consider him a threat to anybody, so what would be the burden of proof to really do anything useful? Would the burden of proof be so low that the slightest accusation was strong enough to take away someone’s Constitutional rights?

These are valid questions that the supporters of “The Pause for Safety Act” do not seem to have thought about. It gives one “pause” to wonder whether this act was thrown together in a hurry just to be able to respond to the tragedy in a way fitting the political aims of the Democratic Party.

The next question is, how far will this legislation really go? Right now, we have a President who seems more than willing to act unilaterally on gun control issues, even subverting the law by issuing his own Presidential Executive Orders if he doesn’t get his way.

The threat to our right to keep and bear arms is once again under serious threat. Will this legislation go through and be passed into law? If we do not act now to bring the facts to light, there is a good problem it will, because the mainstream media cannot be counted on to be neutral to the gun control issue, let alone in favor of our rights.

If we are going to protect our right to keep and bear arms, we need to get the word out. Please take the time to share this post with as many people as you can, through email, social media, and heck, even printing it out and posting it at your local gun shop or your office. We hold the responsibility to make sure any politician who endorses this legislation is accountable for his or her actions, so we have to make sure they know that the majority of Americans are opposed to gun control measures.