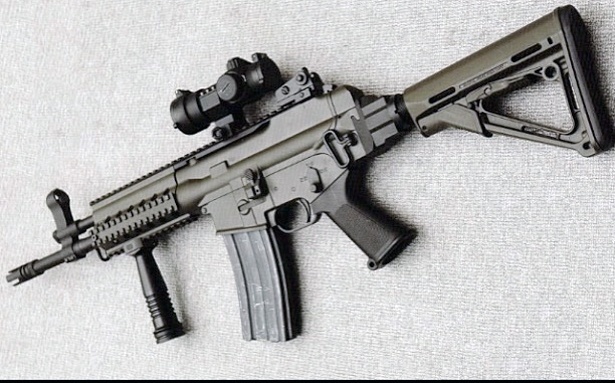 If you are building your first AR-15 from a kit or perhaps updating an older mode that you own, you will want to consider the products of Magpul Industries when it comes to their collapsible stocks. There are two types of options that Magpul provides starting with the Magpul Original Equipment (MOE) and the Compact/Type Restricted (CTR). Each of these options has different uses which must be considered before choosing between them. However, they also have a considerable amount in standard as well. Mostly, they are both simple, straightforward designs that benefit from the number of features that each one of them possesses.

The Magpul MOE and CTR feature either mil-spec or commercial sized receiver extensions or buffer tubes. You will find that each one includes a rubber butt pad as well. In comparing the two versions, the mil-spec features a 0.3” thick pad while the commercial-spec pad is 0.55” thick. The thicker version features a hollow area at the top that handles the more extended angled end of the commercial receiver extension tubes. You can swap the pads or leave them off as they are there for your comfort. The pads themselves are designed to buttress your shoulder better from the recoil action, and they offer enough texture to give the stock itself a pretty good grip.

Even the bare butt plate that has no pad in stippled to provide for a good grip also. In fact, without the pads, the Magpul MOE and CRT are arguably the shortest stocks available for the AR. You can find the AR-15 stock configurations in OD green, foliage green, flat dark earth and black.

The A-frame design is arguably the most distinctive feature of the two stocks which provides them with exciting qualities. First, the very shape makes it less likely that the rifle will get hung up on a sling or other types of gear. This means that your AR becomes more maneuverable and easy to use. However, perhaps a better feature is that the overall design keeps the release latch from being depressed by the gear so that your stock remains in shape and holding steady. Each of the stock has two slots that let the sling loop through into the A-frame design, one at the back while the other is on the bottom.

To install a Magpul stock and adjust it to your needs is a pretty simple and straightforward process. Once the carbine’s stock assembly is down to the bare receiver extension tube, you then slide the MOE or CTR on the tube and push until it stops against the lock mechanism of the stock itself. Then, pull down on the peg located on each side of the lock mechanism until it clears the end of the extension tube. Once completed, you simply continue to push the stock into place. Once the pegs are released, the installation of the stock is complete. Now, when you want to make adjustments all you need to do is press the release lever down and you can shift the stock either forwards or back. As soon as the lock mechanism reaches a stock location on the tube, the lock itself will snap into place.
Comparing Thickness of the Stock Pad

The MOE is designed to be a low-cost replacement stock for the M4 style carbine. The MOE retains all the original features, but in a stripped down version that significantly reduces the weight. At 6.4 ounces, the MOE is a very light stock indeed. When you take the pad away, it becomes practically the lightest stock that is available for the AR, even though the pad only weighs 1.6 ounces. The MOE is for those who want their carbine as light as possible which makes it perfect for carrying around to different locations with minimal strain.

The Magpul CTR stock, on the other hand, looks very similar to the MOE on the surface. However, the CTR features some nice upgrades as well. The trade-off is that it is not quite as light as the MOE, but not by much as it weighs in at just under the ½ pound. Given that it has the same size and general feel of the MOE, that is quite an accomplishment.

The most noticeable difference is the addition of a friction lock system from Magpul. Activating the friction lock the wobble between the stock and the receiver extension tube is eliminated. This means that it virtually eliminates the very minute differences that may occur when firing the rifle that would otherwise affect its accuracy. It’s little wonder that many of the high-end rifle manufacturers use the CTR stock as their personal choice for their precision weapons. The friction lock will automatically disengage when you adjust the CTR. When you are through, directly activate the friction lock again so that it fits flush with the A-frame section and you are ready to go.
Installing the CTR

There is a QD sling swivel cup on the CTR that will allow you to mount a sling near the top part of the rear of the stock itself. You can use this position with a two-point sling as the weapon hangs better from the shoulder position. You can also get better adjustment room in the sling itself if you prefer a forward mounting point to be near the rear of the handguard.

The MOE and CTR feature small, snag-free profiles that make either one an excellent choice for using carbines in tight situations where a snag can become cumbersome. Either one of these stocks is perfect for using in an LE patrol capacity, civilian home defense or inside structures where getting snagged can be problematic.

The compact size and low weight are perfect for those who like maneuvering the weapon and those who are smaller in stature as well for ease of use. The Magpul MOE stock is the ideal first choice for those who have just acquired a carbine and want to replace the stock with something simple and lightweight. Plus, the MOE is reasonably inexpensive as well. However, the CTR offers some great features as well, including the QD sling swivel cup.

Either the Magpul MOE or the CTR are excellent choices when you need a new stock for your carbine.