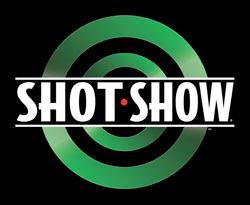 SHOT Show was able to steal the limelight now that is has been recognized as one of the top 25 fastest growing trade shows. This is an award that they were able to get because they were able to exhibit growth in the attendance of people who visits the event. This recognition is made known and was given by a leading industry trade publication. This is something that will surely make the people who have been attending the SHOT shows that are being held in Las Vegas for the last few years. For those who just have heard about this show, this is actually a property of the National Shooting Sports Foundation (NSSF). This is a trade association that is focused on firearms and also the ammunition industry.

Being one of the most recognized trade shows make it one of groups with the most anticipated events in the place. It is now known not only in the area where it is situated but also to people who are looking forward to events that are similar to this. Trade Show News Network (TSNN) is the one that recognized and announces the honor that was given to SHOT Show. It is now considered to be one of the trade shows with names that are highly recognized. According to Chris Dolnack, the senior vice president and at the same time, the chief marketing officer gave a comment on the awards that are given to SHOT Show. He expressed the overwhelming feeling about SHOT Show being one of the best trade shows. This is indeed a great advantage on their part and it is one great opportunity for them to get a more credible name. The awarding of the honor given to SHOT Show has been given them a whole new way to have a good name in the industry. The honor will be given on November 14-15. This is the 5th Annual TSNN Awards to be held in Cleveland, Ohio.

National Shooting Sports Foundation has started functioning in 1961. This is a trade association that was formed in order to become a trade association that is focused in the firearms industry. It has more than 10,000 members. Some of these members are coming from the group of manufacturers, organization of sportsmen, distributors and retailers of firearms. Some also comes from the group of shooting ranges. The main goal of this organization is to make sure that the preservation and the protection of the hunting and shooting as sports is going to be given priority. The number of the members of this organization is still growing up until today. With the mission that they have posted, it is indeed not a secret why a lot of people are looking forward to becoming members of this organization. Many people are in this type of activity and this form of profession. With the help of this organization, the preservation of this sport is being considered up until today.