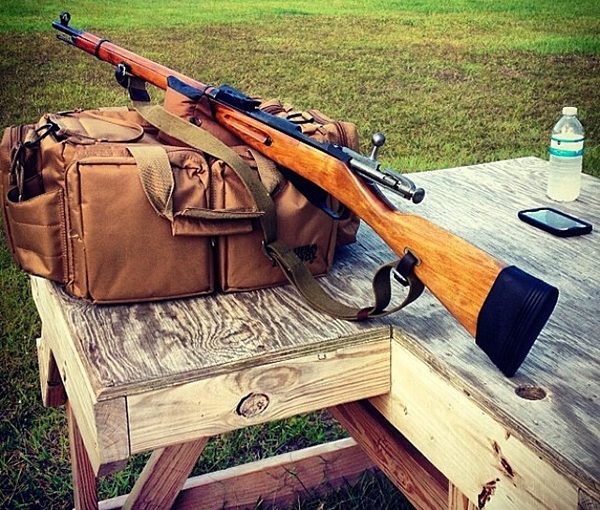 You don’t have to be an expert in the field of assault weapons to know that the Kalashnikov is the most popular weapon of its kind on the market. That particular rifle has amassed 100 million units since 1947, but which model, if any, comes close? Most might be surprised to learn that the Lee-Enfield and the Model 98K Mauser can’t lay claim to second place. That distinction goes to the Mosin-Nagant.

A Russian, Captain Sergei Mosin, and a Belgian designer, Leon Nagant, were the brains behind the weapon that first saw the light of day in 1891. More than 37 million units have been produced since then, putting it second behind the AK-47, and pretty far ahead of all those that come behind it. What’s more, it is still in production to this day.

Military weapons aren’t supposed to be aesthetically pleasing, but the Mosin seems to go out of its way to be ugly. On the plus side, it can be made relatively cheaply, yet still be stunningly accurate and easy to maintain. This is a weapon that is designed to be picked up and used to maximum effect with little training.

The good news for those looking to get into this rifle is that there are a ton of Mosin Nagant accessories that comes along with it. You could easily go old school and attach a bayonet to it, or perhaps go a little more modern with a 3.5X fixed-focus scope attached for hunting purposes. It is no surprise that this is the assault rifle that has been the go to weapon of Russian snipers down through the ages and the wages of war.

All told, there have been 8 different variants of the Mosin, including the sniper version we just mentioned. With a weight of 9 pounds and a standard barrel length checking in at 29 inches, the Mosin was a versatile weapon that could either be single-loaded or fed from a stripper clip. The range of the weapon came in at between 500 and 2,000 meters, depending on how the rear ladder sight was calibrated.

It was the cartridge, the 7.62x54R, used by the Mosin that made it so effective. This was an extremely advanced addition for its time, and one rarely if ever seen on a military grade weapon. For example, it took the United States Military a full 15 years to catch up and develop a comparable load for their military weapons.

When you look at sales numbers of assault rifles today, you don’t really see Springfield’s or Lee-Enfields flying off the shelf. You can easily get your hands on a Mosin, although you may want to replace the worn wooden stock with a synthetic from the Mosin Nagant accessories list if you want to make it a little more appealing to the eye. This is a weapon that will definitely serve you well, and at a pretty affordable price, too.