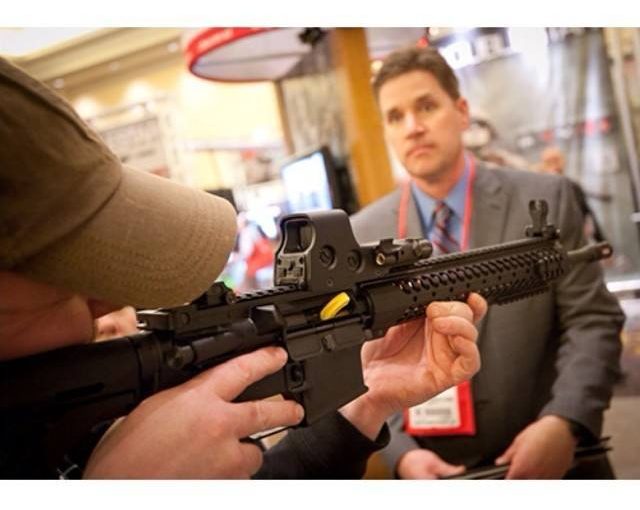 Thursday night, a federal judge ruled that Colorado’s new gun-control laws mandating background checks for all gun sales and limiting the capacity of ammo magazines to no more than 15 rounds can stand.

The ruling came in the form of a 50-page ruling on the 2013 laws by U.S. District Chief Judge Marcia Krieger, after a civil trial in late March and early April that lasted for two weeks.

The lawsuit, originally filed by plaintiffs including sheriffs, gun shops, shooting ranges, and outfitters, was determined to have a lack of standing on the part of the plaintiffs. Krieger also ruled, last year, that sheriffs could not sue the state in their official capacities, but could join the lawsuit as private citizens.

The defendant, Gov. John Hickenlooper, signed the bills into law last year and was represented by Colorado Attorney General John Suthers’ office. In a news release, Suthers stated that, “Like Judge Krieger, the Colorado Attorney General’s Office has never asserted that the laws in question are good, wise or sound policy. As it does in all cases, the AG’s Office has fulfilled its responsibility to defend the constitutionality of the Colorado law in question.”

The Senate sponsor of the bill, Sen. Mary Hodge (D-Thornton), praised the judges decision. “This is public safety,” Hodge said. “Having people have to pause to reload saves lives. These school shooters, for the most part, did not know how to reload their weapons, so this limit on large-capacity magazines is good.”

The argument against the laws by the plaintiffs hinged on whether or not the laws infringed their right to keep and bear arms, and the plaintiffs vowed a new legal challenge in the 10th Circuit Court.

Weld County Sheriff John Cooke spoke at a Denver press conference on Thursday, where he acknowledged that he respected the judge’s ruling but believed it was wrong on the law and the facts.

Last year, Cooke spoke out against the new laws, saying that he would refuse to enforce the new measures because they are impractical and convoluted. He pointed out that laws are still unenforceable, as evidenced by the fact that no arrests based on those two laws have been made yet.

The president of the Colorado Farm Bureau, Chad Vorthman also spoke out against the law, pointing out the impracticality and unfairness of expecting a ranch hand to drive what may be hours to the nearest federally licensed firearms dealer to carry out the required background checks just to use his employer’s gun.

Vorthman stated that the use of firearms on Colorado farms “is integral to the success of their operations and a part of normal, everyday activities.” He pointed out that the magazine ban and requirement for background checks for even temporary transfers results in a burden on the Farm Bureau’s members that is unconstitutional.

Krieger, on the other hand, asserts that the Supreme Court rulings have indicated that the Second Amendment right to keep and bear arms is not a guarantee that an individual can use any firearm one chooses for self-defense. Previously, the Supreme Court had ruled that legislatures could prohibit civilian use of certain weapons commonly used in military service, such as the M-16 rifle.

Part of the problem Krieger noted with the case was that no evidence was produced indicating that a person’s ability to defend himself or herself was seriously diminished if magazines are limited to 15 rounds or less. Many law enforcement officials testified, but none could identify an instance involving a civilian needing to fire more than 15 rounds in self defense.

Defendants, on the other hand, argued that the legislators passed the laws to improve public safety after mass shootings, including the Columbine High School massacre in 1999 and the Aurora movie theater shootings in 2012.