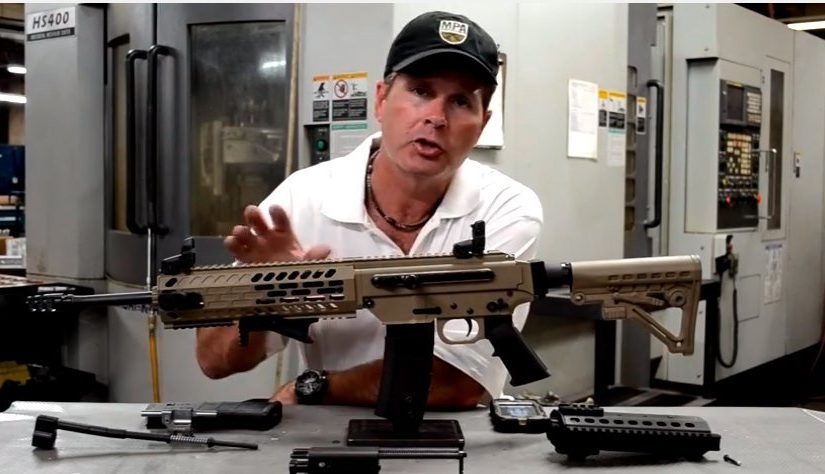 If you are looking for something different for your next firearm, you might want to check out a couple of new releases from Master Piece Arms, the revised Gen II version of their MPAR semi-automatic rifle or the limited edition of the MPA930SST Mini-9 pistol.

Master Piece Arms’ MPAR takes the Leader T2, updating and modernizing it. The Leader T2 was a pretty obscure rifle drawing on some of the elements of ArmaLite designs. In a similar vein, Master Piece Arms has taken the venerable Ingram MAC pistols and updated the weapon to create the MPA930SST. Both of these weapons have updated features that are essential to 21st century firearms.

If you are looking for an alternative to the AR-15, look no further than the MPAR. It features a short-stroke piston-driven upper receiver chambered for 5.56 NATO/.223 Remington, and runs cooler and cleaner than direct impingement rifles. It also does not use a buffer system, which allows the weapon to feature a side-folding stock. A tubular stock makes up the MPARs body, and it accepts AR buttstocks as well as other parts, such as magazines, pistol grips and fire control components.

New to the Gen II MPAR include an adjustable gas block with four positions, allowing settings for standard, overgassed, undergassed, and single-shot, for maximum sound suppression. Still present is the non-reciprocating side charging handle that you can use as a forward assist.

MPAR has also redesigned the muffle break, going with a 3-baffle break. The flattop rail is a standard AR height, and the MPAR can be used with existing and widely available AR optics, sights, and more. The hand guard has been updated, and is made with extruded aluminum with spaces to fit quick-detach sling swivel mounts.

Moving on to the MPA930SST Mini-9, this gun is much more than just a clone of the MAC. Just like other MPA pistols and carbines, the MPA930SST has features that make it easier to handle and use, such as a traditional safety selector and a paddle-style mag release.

The new limited-edition model has been decked out with a 2-tone Cerakote finish, matte black and flat dark earth, for a solid mil-spec look. The pistol grip has been upgraded and is ergonomic, and the barrel extension is finished to match the rest of the gun. The MPA930SST features a match-grade barrel and muzzle break, so you are assured of the best possible accuracy and muzzle control.

Just like other pistols by MPA, the Mini-9 has a side charging handle along with a Picatinny-railed flattop receiver. This means you can install red dots and other handgun optics with ease. There is also a quick-detach sling bracket, and the gun is engraved with the pistol’s individual number—MPA is only making a hundred of these babies!

Each MPA930SST will come with a 30-round detachable 9mm magazine, a sling, an MPA pistol tool kit, and a certificate of authenticity. For being a limited edition pistol, it’s priced amazingly inexpensive at only $549. Going back to the Gen II MPAR, you can pick up one of those beauties for $1,089.