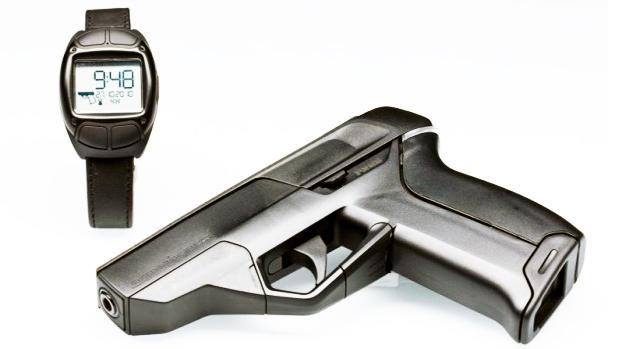 Gun and weapons control has been a topic of immense interest and debate throughout the world but more so in the United States. Even if anti-gun aggressiveness has cooled down considerably, it can be assumed that those in favour of bringing in stringent gun control policies have been putting their best efforts constantly to highlight their schemes and proposals.

The latest in those attempts to ensure controlled and safe use of weapons is the proposal put forth by the Attorney General, Eric Holder. According to his proposition, all gun owners will be traced with smart gun bracelets that will be attached to individual weapons.

While addressing a House appropriations subcommittee, he had indicated the desire of the Department of Justice to integrate the smart gun bracelets into its list of schemes and plans for establishing safe and restricted use of weapons. To steer this proposal towards reality, the department has appealed for an addition of $382.1 million during the financial year of ’14 from the already allocated budget for gun control programmes.

In his speech, the Attorney General has indicated that the present proposal sprung from a discussion he had with the Vice President and a technology experts group that examined the need to bring about policies and reforms to ensure safe and organized use of weapons in the country. The discussions resulted in ideas that spanned finger print identification to the present smart gun bracelets to detect and ensure that the weapons are used only by those authorised to use them.

According to him these initiatives will prevent the mishandling and abuse of firearms that result in disturbing accidents and events while simultaneously ensuring that citizens get to benefit from the Second Amendment Rights.

The speech aroused more questions and debates on the need for spending millions of dollars to develop technologies that might or might not ensure safe use of guns and the probability of RFIDs and GPS tracking devices to cause more problems than they solve in tracing lost or stolen weapons. Though it is amply clear that the proposal will face immense obstacles and criticism from gun owners not only because of the great deal of difficulty and inconvenience and impracticality in making this a reality but also the daunting task of transforming the existing weapons to conform to the proposed technologies, one can only wait and watch if this proposal takes form or is pushed into oblivion.